What are the topics covered this week? There’s ADI investing €100m in Limerick, self-drive cars putting in mileage, contracts awarded for building a network in space, a possible shortage of both a lack of palladium and neon, and the appointment of Intelsat’s next CEO…

5. ADI invests €100m in Limerick
Analog Devices is to invest €100 million in a Europen research centre in Limerick, over three years. ADI Catalyst will be a 100,000ft2 custom-build its campus on the Raheen Business Park in Limerick. “ADI Catalyst is a state-of-the-art collaboration accelerator where ecosystems of customers, business partners and suppliers engage with ADI,” according to the company. “This latest phase of expansion will also see the creation of 250 new jobs in the Irish market by 2025.” These will “primarily focus on the development of software-enabled solutions and artificial intelligence innovations in areas such as Industry 4.0, sustainable energy, automotive electrification and next-generation connectivity.”

4. Self-drive cars double test mileage
Self-drive cars put in twice as many miles on Californian roads last year as in 2020 with 22 companies driving over four million miles last year, according to the California Department Of Motor Vehicles (DMV) which licenses driverless car tests on public roads. The DMV has licensed 50 companies but only 22 actually tested cars last year – possibly the result of M&A in the sector. Waymo put in the most miles at 2.3 million followed by Cruise with 876,104 miles. The combined mileage of Waymo and Cruise – 3.2 million miles – represented 80% of the total miles driven for the year – up from last years’s 70%. Pony.ai drove 305,616 miles and Zoox drove 155,125. Apple drove 13,272 miles. 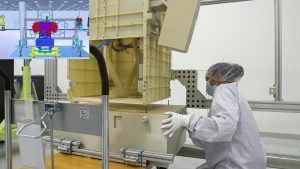 The US Space Development Agency (SDA) has awarded three American companies contracts, worth up to $1,774 million, to produce a constellation of 126 LEO (low-Earth orbit) satellites, for a space-based mesh satellite communications network. Each will produce 42 satellites by 2024, operating in two near-polar low Earth orbital planes (21 space vehicles, or satellites, for each orbital plane). Lockheed Martin’s contract is valued at $700 million, Northrop Grumman’s $692 million and York Space’s $382 million.

2. Neon, Palladium [Mannerisms]
The electronics industry could be affected by a lack of palladium and neon if this war continues for long, says Moody’s Analytics. Russia supplies over 40% of the world’s supply of palladium and Ukraine produces 70% of the global supply of neon. Around 75% of the usage of neon is for semiconductor manufacturing where it’s used in lithography. 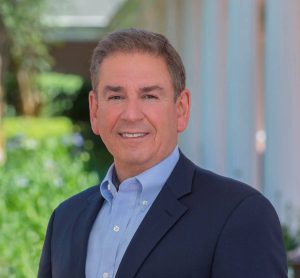 1. Intelsat appoints David Wajsgras to become its CEO
Five months since its current CEO, Stephen Spengler, announced his intention to leave, Intelsat has appointed its next CEO, David Wajsgras. The Virginia-based communications satellite services provider, which was formerly an intergovernmental consortium, has recently completed its exit from Chapter 11 in the US. After two years of financial restructuring – concentrated around C-band spectrum changes for 5G services – the company has improved it’s liquidity and reduced its debt by more than half, from approximately $16bn to $7bn.

And, somehow, we have dogs